Here’s a breakdown of the portable station, and what I’ve been doing with it.

It’s brand new, my first big, brand new radio purchase! This is a dream to use, and is consistently easy to deal with. So far, it’s been running at 10W voice and 5W data. It sips battery, and works quite well in the environment.

The power system for the radio has been described already here. There is now a V2 here after my testing of V1 with some good learning and advice! 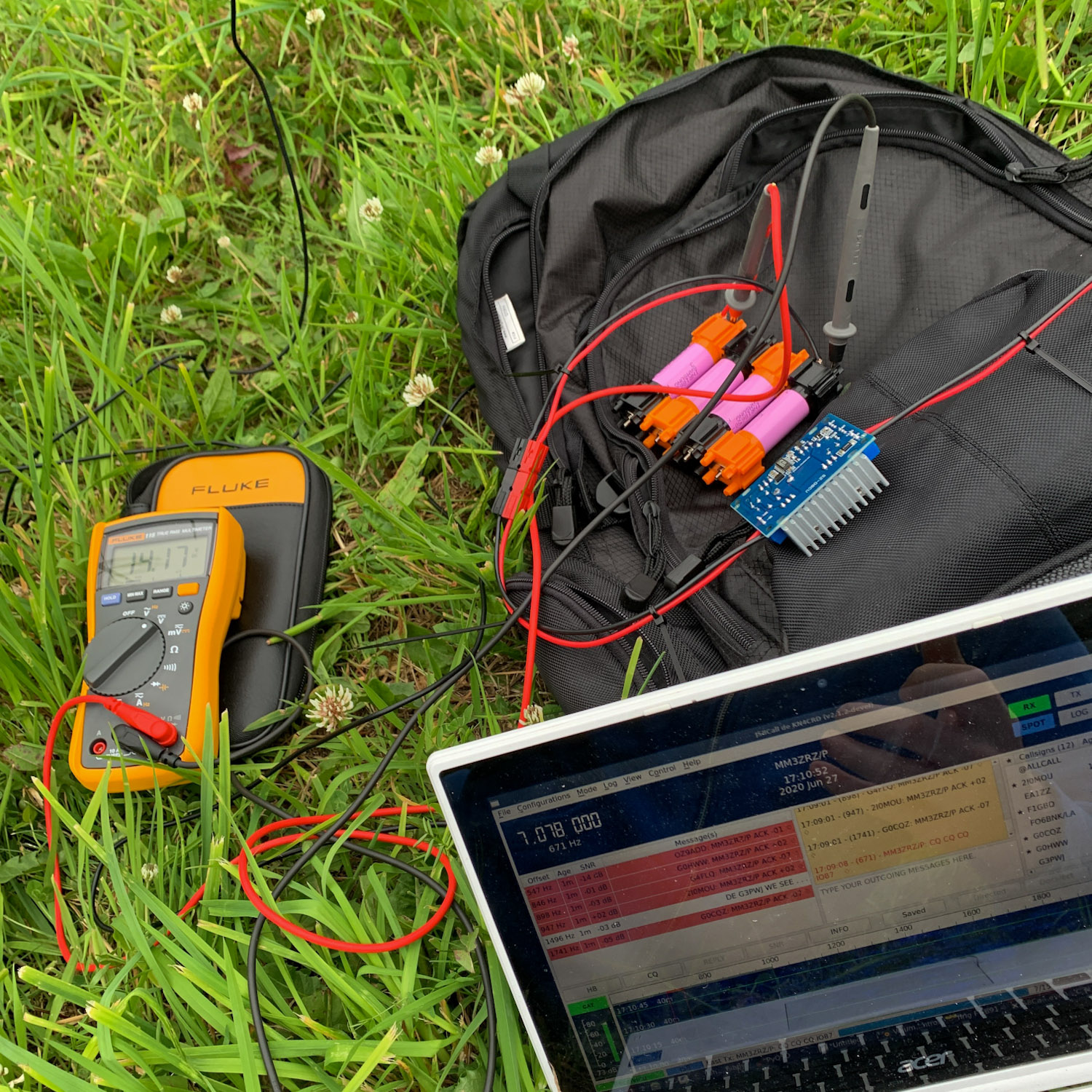 So far, the system has performed pretty well. There’s a noticable drop of about 1V when I transmit, and I can take the string voltage down to about 12.8v or so without worrying about damaging the 18650s. As you can see, I’ve been testing it a little haphazardly in the field, but it does work.

Experience tells me that this will last for a comfortable 90-105 minutes, due to the radio’s relatively low power consumption. The power to the radio drops noticably when the DC-DC converter gets warm, so this shall be addressed in a future design - it’s why datamodes have been limited to 5W.

The mast and antenna are a thing I’ve had for ages and not used enough - it’s a sotabeams 6m telescopic fibreglass pole, and spread over the top is a 3 band linked dipole antenna. There are clips to lengthen the cable and retune for 20-30-40m. It gives a 1:1 SWR on all bands and has great receive sensitivity. I love it!

I could make it easier to use by adding 2 pairs of traps - 2 sets of low pass filters. I envisage one to pass < 11MHz and < 8MHz would take the place of the clips. This is, however, probably not worth doing - it doesn’t take a lot of work to bring the mast down and fiddle with the clips. Apply Occam’s Razor! 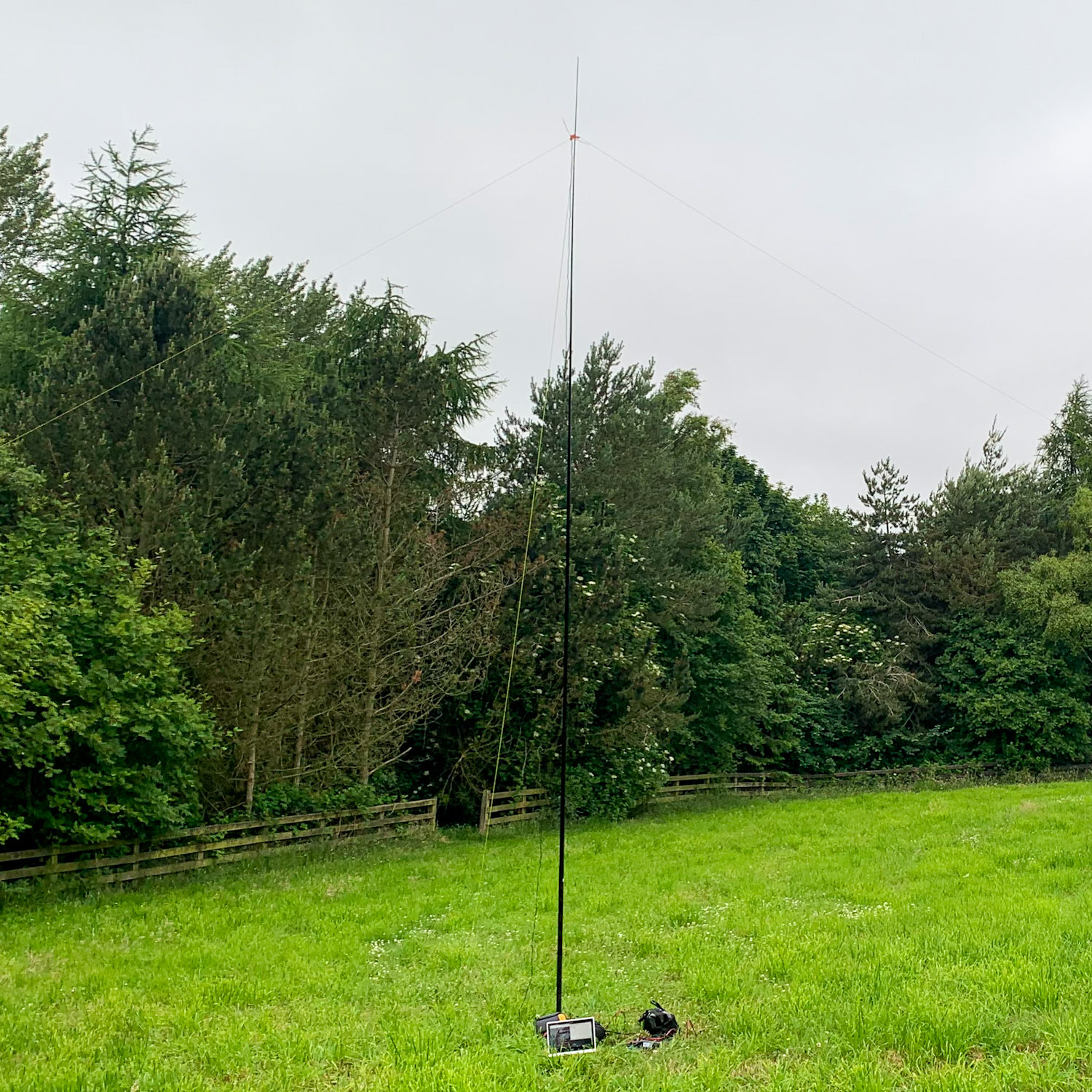 I’ve got lots of thoughts about future antenna designs. At home I’m using an end fed long wire antenna, but I don’t particularly want to carry a tuner in the field to make this work. I’m going to try some tuned verticals, so I can carry a simple whip and radial system - it should hopefully be more compact than the mast when it’s packed up. It’s small, but it’s still >1m or so, which is too big for cycling with, and looks silly on a normal, 30L backpack. 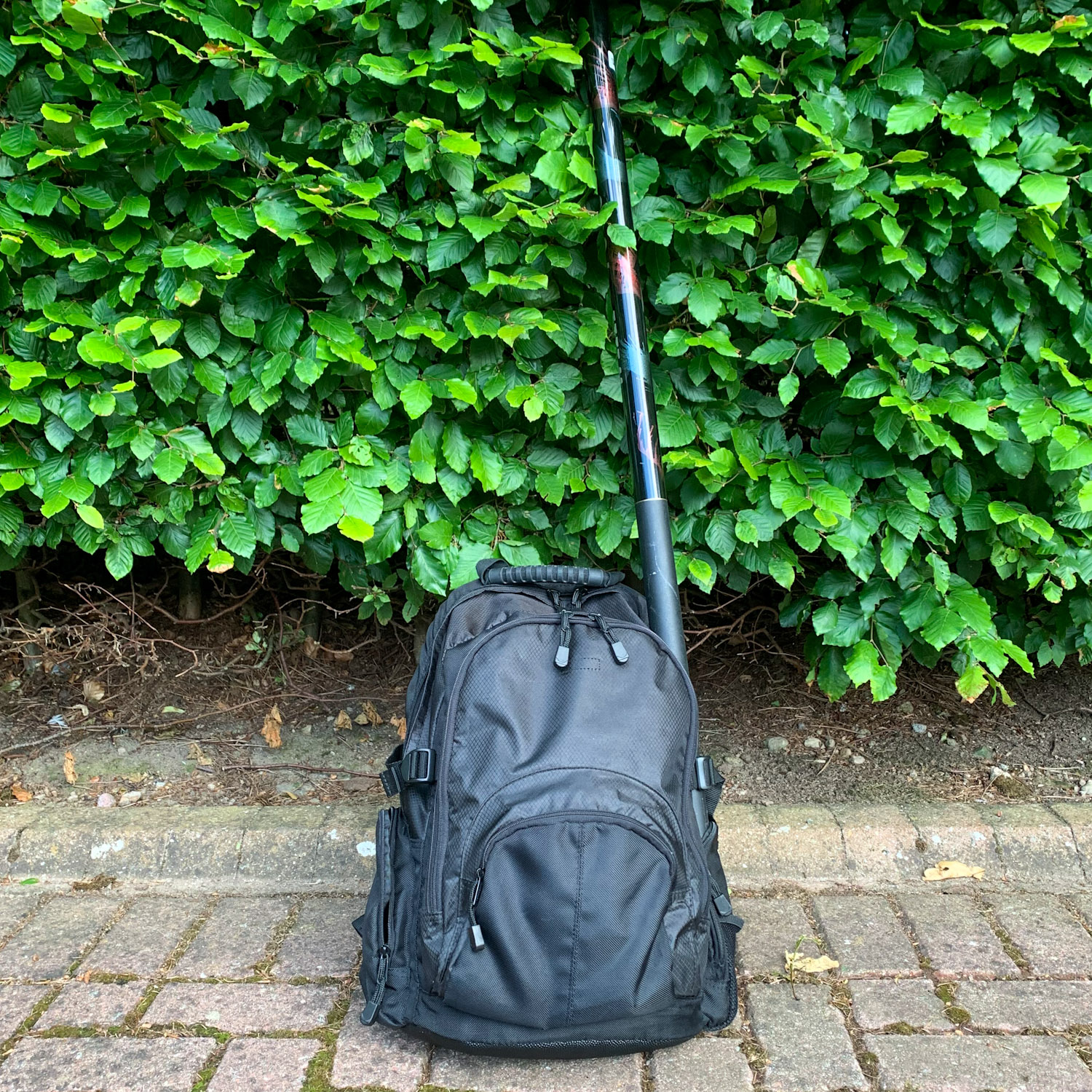 And somewhere close to the door

I have initially abandoned my idea of a Raspberry Pi - what I was planning to do worked, but proved a bit finnicky and frustrating. Again - Occam’s Razor!

Raspberry Pi OS being stuck on Debian Stable was most annoying, too.

My iPad, keyboard & pi also consume a larger volume than my little laptop I have designated for this.

I’ll dig into the station setup in a future post, simply because there’s a lot of detail required, and I want to describe my successes and frustrations here in more detail!

I’m glad to say it all performs admirably. I had some really good results on 5W FT8 & JS8Call. 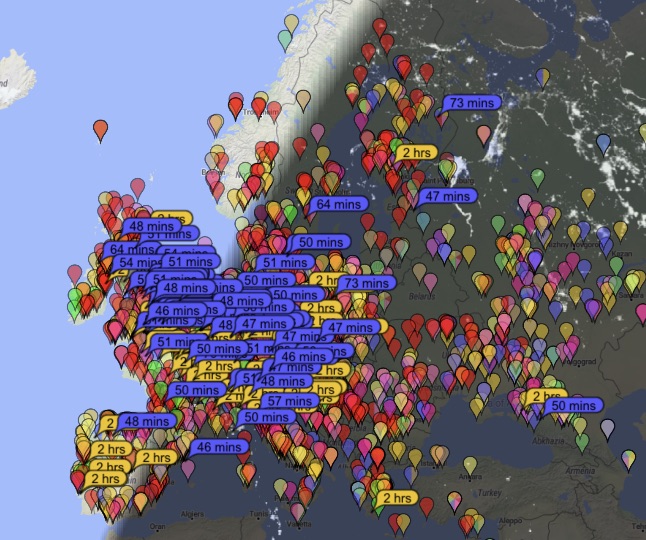 This was with the antenna’s beam directed east-west. If I was angled Northwest - Southeast, I anticipate I’d have better results.

I’ve had some good voice contacts (Yesterday being ARRL SSB Field Day was maybe cheating a little), including some long, enjoyable chats with people in the UK and on the Continent.

This system is going to see constant tweaking over the coming months, I imagine, and exist in many different forms over a number of years!