tj and I figured that to fit the 3 Moray coast hills we were interested in climbing, now that the restrictions are eased, an early start would be required! The longest walk should go first and the activation times on each hill would be limited. Predictably, we left at 1030, got a bit lost and I got too excited on the radio, so none of the self made rules were followed!

The purpose of the trip was primarily to try my new smaller, lighter, cheaper masts from aliexpress - see my twitter for more information about these! https://twitter.com/hibbie/status/1382653632517177351

We took a longer loop around the hill than was intended by missing an obvious left turn early on in the walk, but being in a pleasant woodland after a cold, shut-in winter. It was maybe 5.5km up, 250m height gain, with a 2.5km or so return.

After a little faff, the station was set up, I was on 40m and facing my first pile of up the year running 10-20W with great feedback from other stations! 19 contacts in 25 minutes later, I was happy enough to go QRT, remembering I had 2 more hills to climb, a hundred more miles to drive and a sandwich to eat! S2S with GM4JXP/P on S2S GM/ES-051 nearby and S2S with DB7MM/P DM/TH-844 further away.

Big thanks to M0NVK and the others at the OARC for being interested in a quick chat/listen on the radio too! I am keen to get some of the OARC M7 stations on the air for a chat when I’m up a hill! 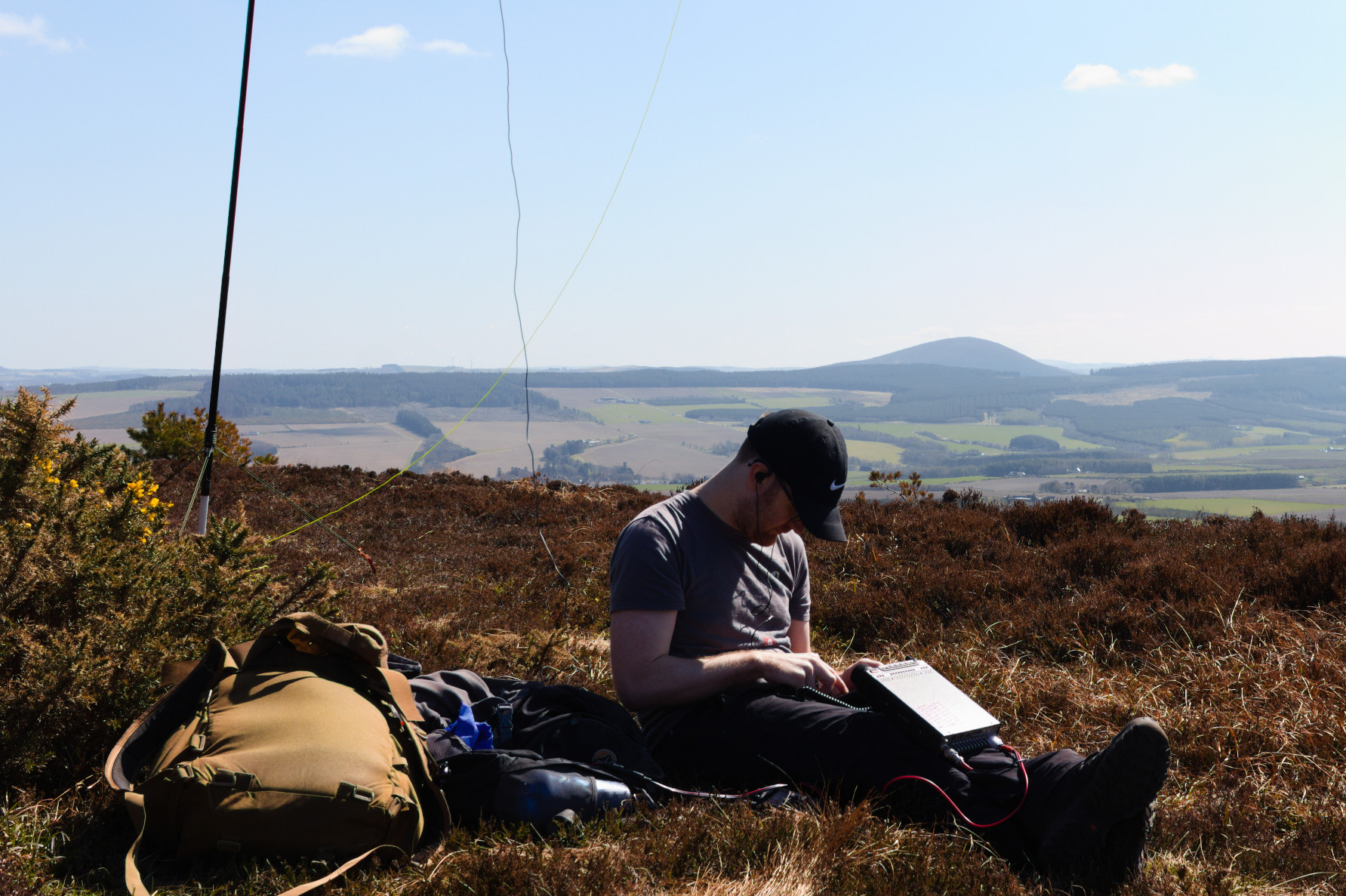 New mast over 1 shoulder, the Next hill over the other!

This climb was straight up and down the hillside, from a path just beside where we had parked. I think it was 1km walking, but 190m climb!

I set up the mast at the hilltop cairn to shelter from the wind and set up on 20m - 10 contacts, a little slower. Another S2S with GM4JXP/P locally, and a nice chat as I packed up with some curious locals to explain what I was up to! I put a few calls out on VHF but didn’t get far - I think I need an improvement from the rubber duck on my handy! 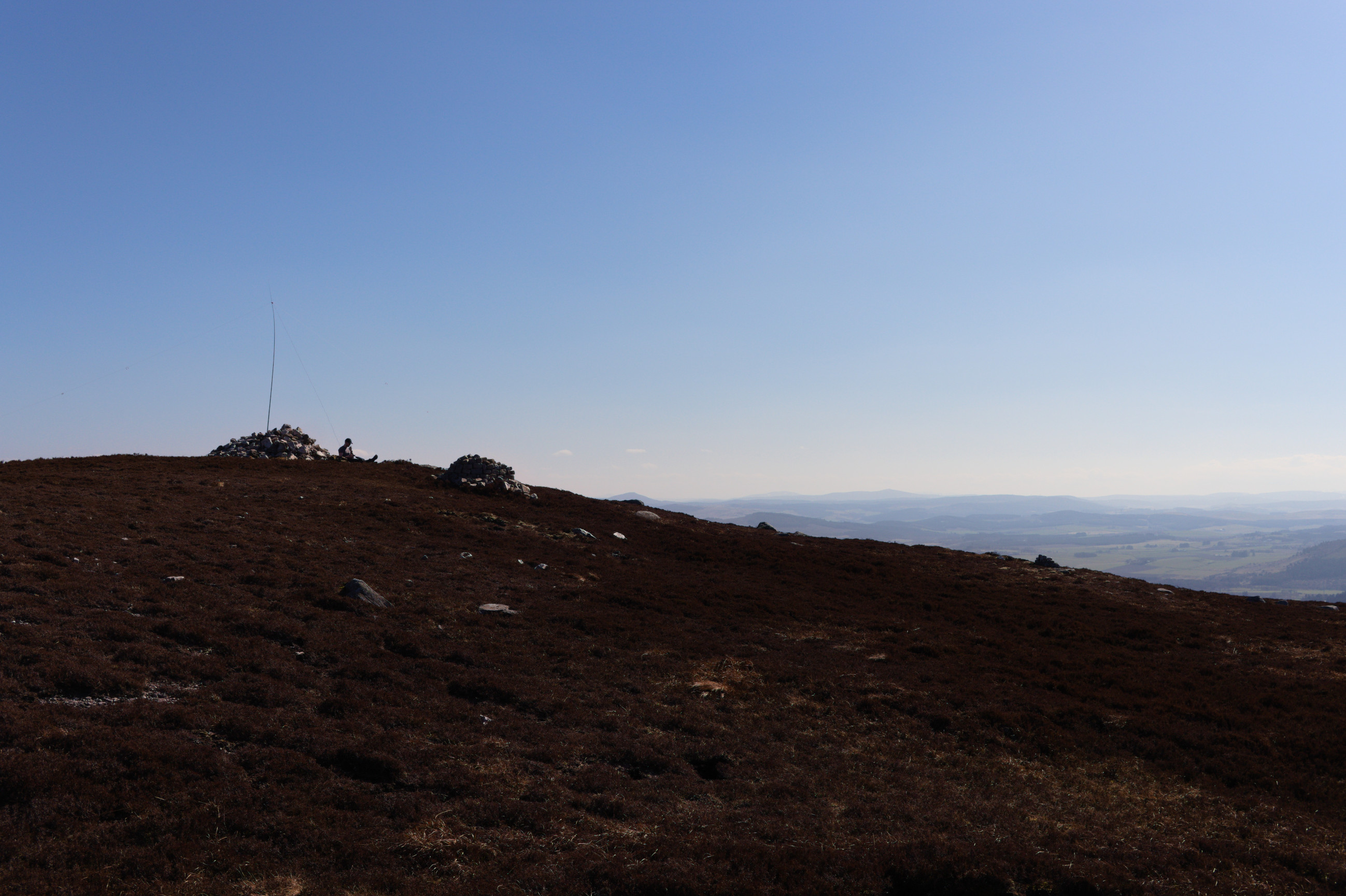 Waughton Hill’s starting point was beside a farm at the end of a lumpy, difficult farm track drive. The walk to the top was well signposted and not too challenging - 1.4km each way, 100m climb. We walked past a nice white horse ‘painted’ on the hillside with white rocks. Nice landmark to see on the approach. It had been dry for a while, so there were some sections, including the summit that I imagine would be more soggy/boggy - something to sit on might be required in more regular weather.

This summit is right beside Mormond Hill, the site of a teleport / comms station I know well from days past in work, and more importantly the home of GB3NG! What did I forget to do? Make a call on the repeater to see if anyone local was listening.

I set up on 20m again to experiment with dipole alignment - East/West and South/North to see if I could hear/be heard any different - I couldn’t dig too far into this, however, as my battery voltage was getting a bit low, and the backlight on the radio was flickering. Plus, my hillwalking companion was complaining about the temperature dropping as the moon climbed into the sky - 5 quick contacts with our friends on the continent and then I packed up and made it quickly down the hillside to the car.

An hour’s drive home and a couple of cool beers were required to cool down reddened cheeks, arms and necks after a long day in the sun.

Looking North, to the Moray Firth from the summit 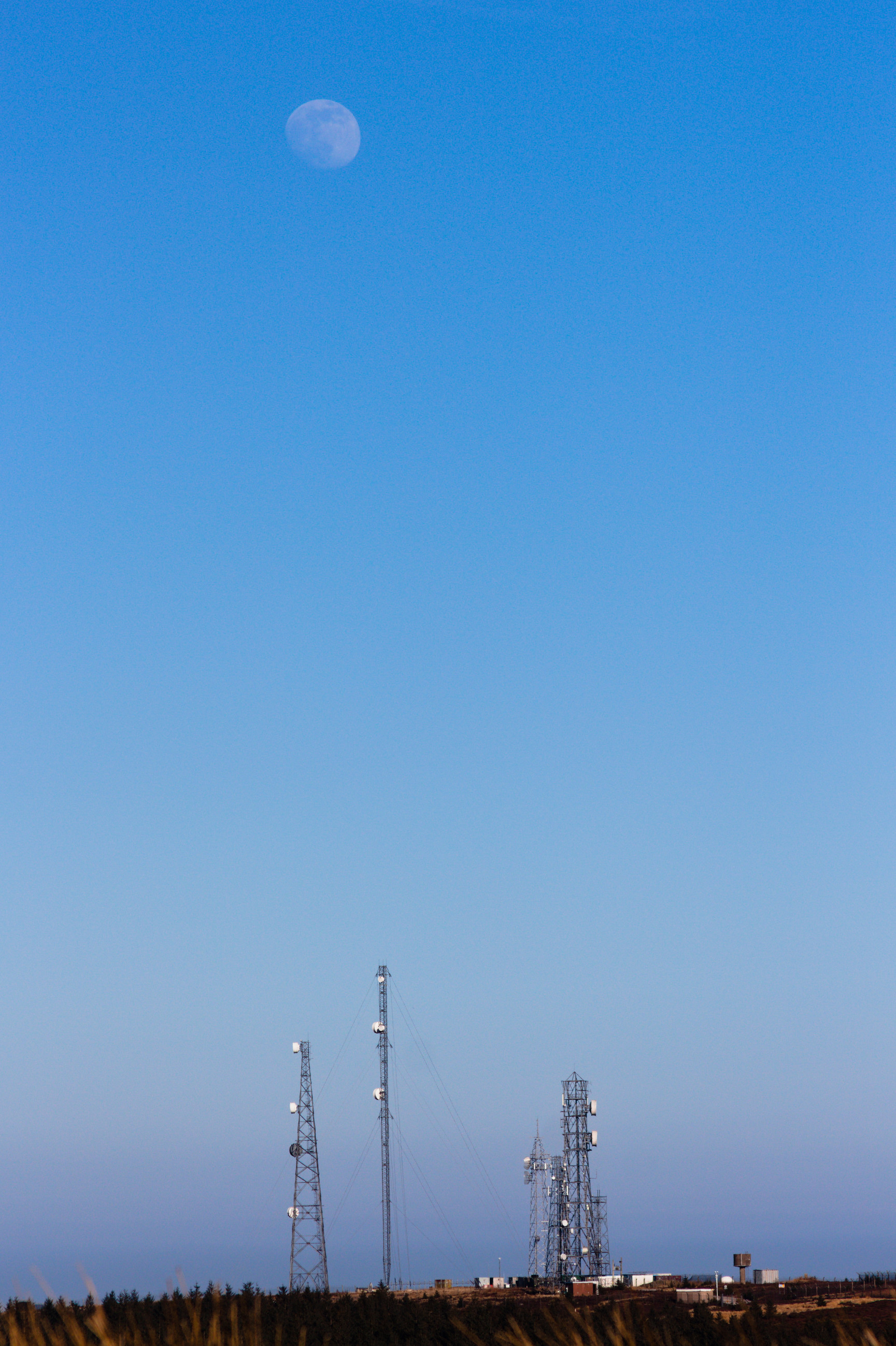 Moonrise due East over Mormond Hill