Another busy pass, this time with 12 stations heard and placed on the map!

Yugoslavia’s a new one - pretty far away as it goes (2011.06KM to be exact)… The ISS definately does it’s job for long distance communication on low power! 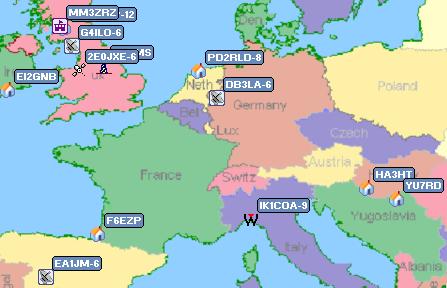 Just in case you weren’t sure where the countries were!

System’s working nicely, and now that 70cm has been properly activated, we can do full duplex communications over satellites such as AO-51!

Enough play, back to the studies!