This was a busier pass, with 14 stations heard… 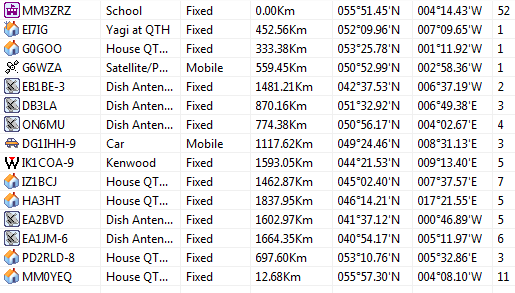 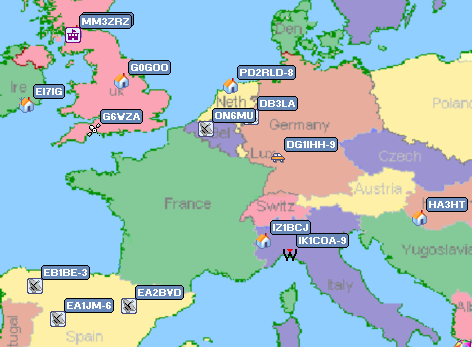 Better than last time, but a busier pass also. Highlights include sending and receiving messages from Spain - EA1JM, Francisco Jimenez-Martin Sanchez, which went much like:

Not much, I know, but it came over 1000 miles, not including the up-down bit to space, and used less power than an energy-saving lightbulb!